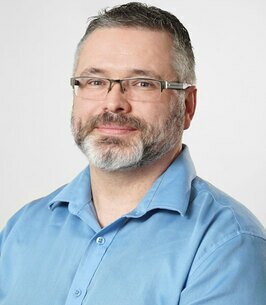 Frank Lee Baldwin was born July 24, 1975 in Peterborough, Ontario. He spent much of his formative years surrounded by nature, on the scenic shores of nearby Pigeon Lake. And in those early days, the lovable Frank
displayed a unique characteristic he would carry through life — a powerful ability to build deep bonds with people. Frank ensured that his many friends knew — without a doubt — that they were very much part of
his family.

The kind, big-hearted soul — whose eyes were always smiling — also developed a reputation for showing his affection through his signature bear hugs. We’re talking about strong embraces so loving that they could
crush ribs. The hugs were worth it, though, even if they sometimes hurt a bit.

As you might expect, the great outdoors were a big part of Frank’s upbringing — pastimes like fishing, camping and water sports. Frank was a natural athlete. He had a particular passion for hockey, a sport he
continued well into adulthood.

But by far Frank’s greatest devotion was toward his legions of loved ones.

His family, in particular, was everything to him.

A dedicated husband and father, Frank poured his love into relationships with his wife Malissa and their beloved children, Courtney, Chealsy, Frankie and Shyanne. His protective, caring presence also ensured he was considered a second father by so many of his kids’ adoring friends.

Another big love of Frank’s — laughter. He had a sharp sense of humour and he made sure to include everyone in his jokes, often as the butt of them. He could dish it out and take it, always with a smile. And boy
could he laugh.

He also showed his love through food. Frank had a passion for cooking — whether he was in the kitchen or outside in all temperatures manning the grill.

His passing was 19 years to the day that he had his first date with Malissa, back on New Year’s Eve in 2003.

He has left behind many, many loved ones — and most importantly Malissa, the love of this life. Frank is already deeply missed by his daughters Courtney, Chealsy and Shyanne and son Frankie. He is also survived by his mother Nancy Baldwin, sister Kim Simpson (Darrell) and grandparents Anna and Eric Scriver. Frank is also fondly remembered by his nieces and nephews — Myer and Bentley Simpson as well as Roy and Claire Hachey. His memory will live on with his many aunts, uncles  & cousins as well as
with his friends. Everyone was family to Frank.

To further honour Frank, please consider a donation to the ALS Society of New Brunswick and Nova Scotia https://alsnbns.ca/en/donate/ or the Stan Cassidy Centre For Rehabilitation https://www.chalmersfoundation.com/donate.

We would like to extend special thank yous to the staff of the Stan Cassidy Centre For Rehabilitation, the ALS Society of New Brunswick and Nova Scotia, to all the therapists and nurses from the New Brunswick
Extra-Mural Program, and to our respiratory therapist from Quality Respiratory Care in Fredericton, N.B. We will always carry you in our hearts and our door is always open.

Quote:
I believe in a higher power, and my energy will never die!

Share Your Memory of
Frank
Upload Your Memory View All Memories
Be the first to upload a memory!
Share A Memory