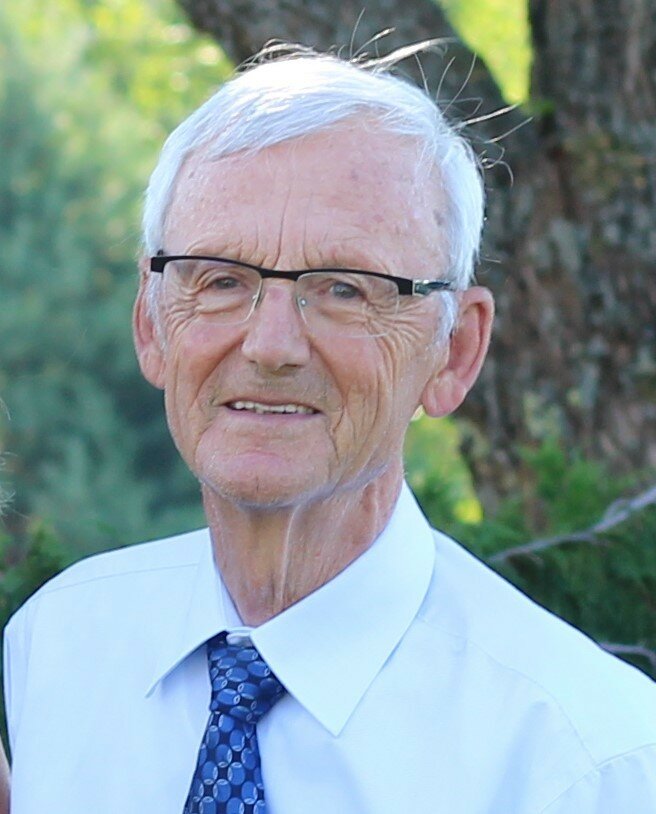 Glendon Corkum, the “Pastor’s Pastor”, devoted husband, loving and loved father, grandfather, great-grandfather, cousin, brother and uncle, closed his eyes in Jesus on Dec, 21, 2022, at 7:02am.

Glendon was born in Pleasantville, Nova Scotia on April 14, 1937, to Clement and Harriet Corkum (Lantz).  He met his wife, Beverly Taylor, at Andrews University in Michigan and they were married on Aug, 19, 1962.  Their first child, Verlaine, was born in their first pastoral district of Yarmouth, Nova Scotia.  Their second child, LaVonna, was born in New Brunswick and had her first birthday as Glendon and Beverly were on the ship to Ceylon where they would spend three years there as missionaries.  After arriving back in Canada, they pastored in Ottawa, Ontario where their third child, Anita, was born.  In Ottawa, the work expanded during his pastorate to the point of selling the little downtown church and building a new one.  After five happy years in Ottawa, Glendon served as pastor in the Windsor, Ontario church and then the next seven years as the Maritime Conference evangelist where their last child, Alan, was born in 1979 in Halifax, Nova Scotia.   In 1986 he moved to Calgary as the pastor of the Pineridge Church. Glendon and Beverly’s last two churches before retirement were in Seattle, WA, where they pastored first the Volunteer Park Church and then the Shoreline Church.  They moved back to Nova Scotia in 2001 to take care of his aging mother and Glendon volunteered in the Bridgewater and Oak Park churches until he was no longer able to assist due to the decline in his health.  Glendon and Beverly’s most recent move was back to Ontario in July, 2019 to be closer to their children.

The next face Glendon will see is the face of his Best Friend, Jesus, and the next voice he will hear will say, “well done, my servant!  Enter now into the joy of the Lord”!  Glenn lived his life is constant expectancy of that hope with the strong desire to share that hope with others.  His love of Jesus shone through everything he said and did.