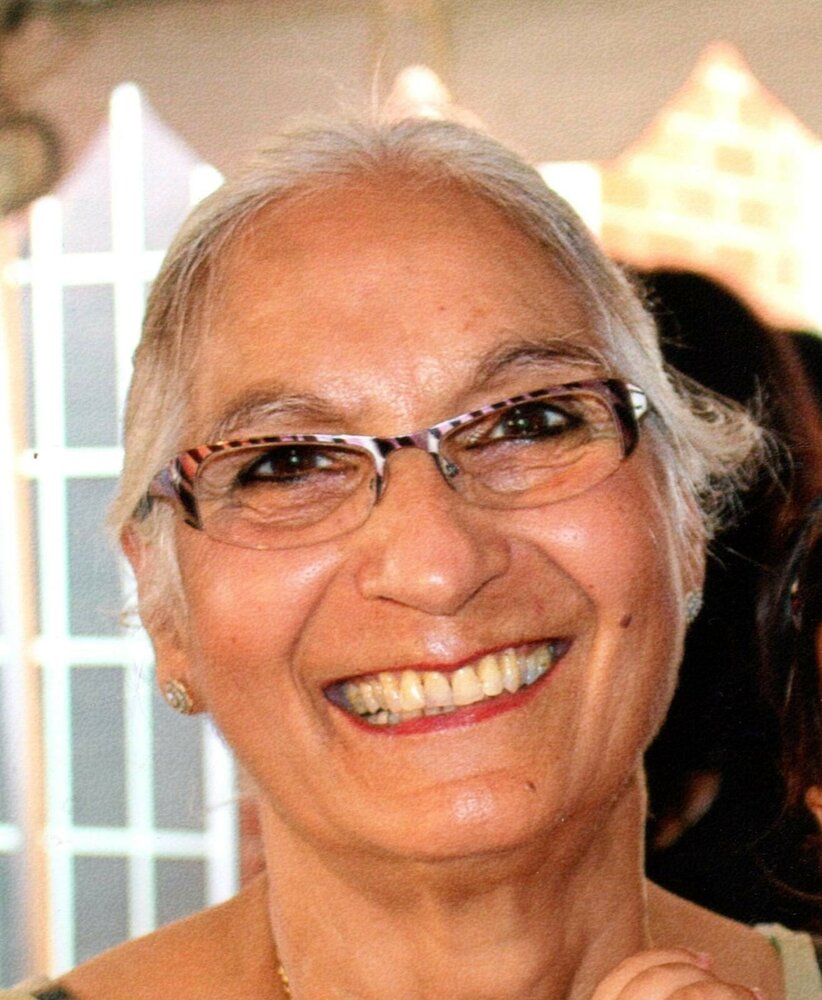 Surrounded by love, Jasbir passed away peacefully at Lakeridge Health Bowmanville at the age of 78 years.

Born in Punjab, India, Jasbir began her schooling in Africa then completed her midwifery training in England.  It was here that she met & married her beloved husband Balraj Singh Riar.  Together, in 1974 they emigrated to Canada; where she continued to nurse at Wellesley Hospital in Toronto. Leaving the city to give their children a more wholesome upbringing, on a farm, they first moved to Waterdown, establishing Jas Gur Mahan Enterprises.  Finally settling in Bowmanville in 1986 building Gold Crest Poultry Farms Ltd.  Jasbir left nursing and took great pride in raising her family and being a homemaker.  She returned to nursing, in 1989, and continued to work for many years, on the maternity ward, at Lakeridge Health Bowmanville.  She loved her time on Gold Crest Poultry Farm, appreciating the outdoors, enjoying gardening, swimming, spending time with her dogs and long walks.  In the last 10 years, she relished travelling with her husband, to their family home Bageecha, in Dream City Amritsar.

Jasbir is now reunited with her beloved husband, Balraj, who predeceased her in 2021.  Loving mother of son Ramanjeet Riar, daughter Jasmeet Chaudhry and son Jagjeet Riar. Caring mother-in-law of daughter-in-laws Roopneet Riar and Simran Riar and son-in-law Ajit Chaudhry.  Her legacy will be kept alive by her adoring grandchildren, who were the light of her life! Amrita Riar, twins Kiran Chaudhry & Jovin Chaudhry, Taig Riar and Taj Riar.  She was a much-loved mother, wife, daughter, and friend. She will be so dearly missed by all who knew her.

Visitation will be held on Saturday, November 12th, from 9 – 10:45 am, at NORTHCUTT ELLIOTT FUNERAL HOME, 53 Division Street, Bowmanville, followed by a private family ceremony.

A Religious Service Path & Kirtan will be held at 1:30 pm on Saturday at Gursikh Sabha Canada, 905 Middlefield Road Scarborough.

Share Your Memory of
Jasbir
Upload Your Memory View All Memories
Be the first to upload a memory!
Share A Memory