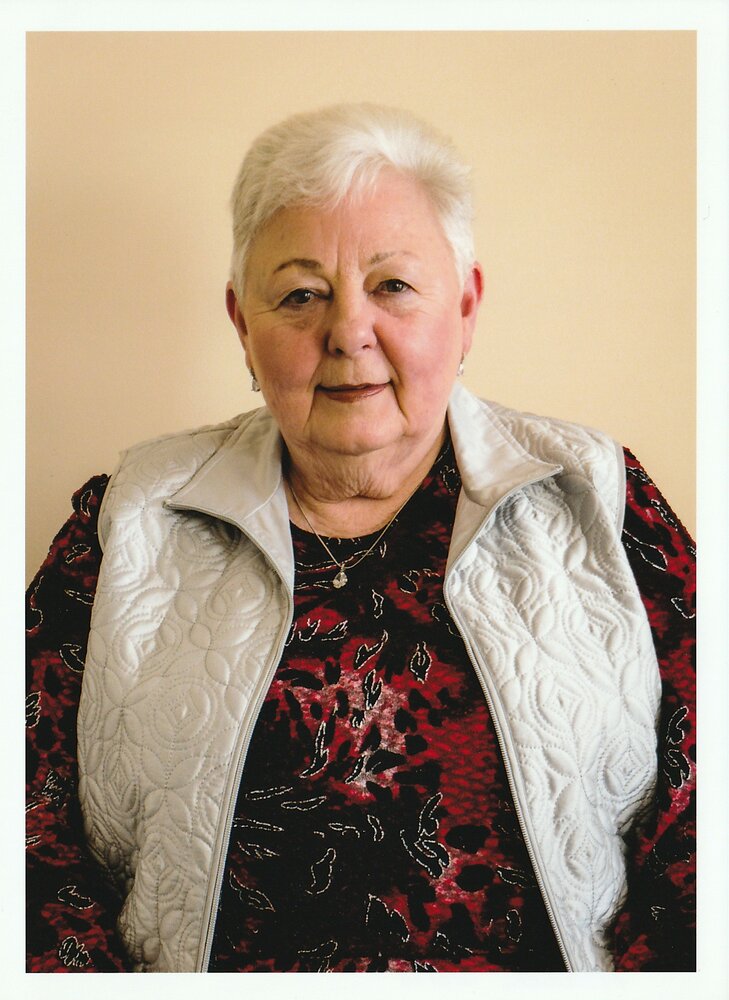 Barbara ‘Diane’ McArthur was a caring and devoted wife, mother, nanny and friend.

She left this earthly realm on June 25, 2022 after a lengthy battle with Parkinson’s Disease.

It would be wrong to say that Diane lost her battle with Parkinson’s because she never stopped fighting.  No matter how tired she was, she was always determined. When anyone else would have broken, Diane stayed strong.  Through her, we know what resilience and perseverance truly look like.

Diane was born to Robert and Ola Hayes during World War 2 on February 8, 1942. After graduating Business College at 18 and beginning her new clerk job at Outboard Marine she met a handsome, blue eyed fella named Gary McArthur who would become her husband on November 4, 1961.  Together they raised their two children Mark and Lori with laughter, love and music.  Diane and Gary were married for 44 adventurous years until Gary’s passing August 18, 2005.

Diane worked at Outboard Marine until she gave birth to Mark and was a stay-at-home mom until she returned to work at the Sears Catalogue dept. when Lori entered Kindergarten.  After a short while at Sears and another short time at Jack McGee’s Car Dealership Diane found her “work family” at Holiday Ford Car Dealership where she forged many life long relationships before retiring in November of 2005.

After retirement Diane moved to Bowmanville to be closer to her children and grandchildren.  Always a woman of faith and community, it didn’t take long for her to find friends and become apart of a wonderful new “church family” with Trinity United Church.  Diane began as a member and soon became a vital part of the community, including UCW President.

Diane loved music and dancing.  She loved baking, especially for her grandsons and friends.  She loved animals beyond measure and would often answer to the nickname “Snow White”. Helping people in need, baking cupcakes for a sick friend, meeting new people and listening to their stories gave her the most joy in life.  Making sure “everyone was okay” was her most admirable quality. Diane’s greatest joy, however, came from spending time with her grandsons.

Diane is survived by her son, Mark (Colleen) and daughter Lori Segriff (Patrick); her grandsons, Matthew, Jacob, Ryan and Connor; family; and many, many friends.

Family, friends, and others that Diane’s life touched are invited to share stories of remembrance on Saturday, July 16 at Trinity United Church, 116 Church St., Bowmanville 2 – 3 pm.  Funeral service will be held at 3 pm. Private burial will be at Rosemount Cemetery, Peterborough.

Memorial donations may be made to an Animal Shelter of your choice.

To view the service virtually, please follow this link: