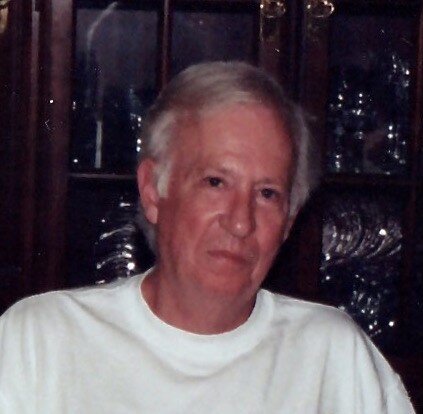 It is with great sadness that we announce the peaceful passing of Harvey Hicks in his 83rd year at Lakeridge Health Bowmanville, June 15, 2022. Harvey will be greatly missed by his lifelong partner of 59 years, Barbara and his 3 children, Jane (Stephen), Carolyn Stanbrook (Mike), David (Lisa), and grandchildren Lauren, Julia, Owen and Matthew. Harvey was pre-deceased by his sister June Jupp.

As a graduate of Danforth Collegiate and Technical Institute in Toronto, Harvey’s studies took him to General Motors Institute (GMI) in Flint Michigan which began a career in the Automotive Industry that saw him travel often between Toronto and Michigan until his retirement in 2001.

Prior to retirement, Harvey’s plan to build his dream home came to fruition with the construction of the cottage at Picard Lake.  It was at Picard Lake that he would enjoy 20+ years with his family, friends and his beloved cottage pals. Upon retirement, Harvey enjoyed catching up with his long-time fraternity pals of Pi Kappa Epsilon. They would connect regularly for lunches at the Courtyard.

The last 20 years presented many health hurdles, but no matter what news he received, Harvey tackled it head on with Barb. He was incredibly strong, resilient, and extremely fortunate to have had phenomenal health professionals who were not only fascinated by his health history but also accepted the challenge to develop his treatment plans. Despite his health challenges, Harvey never lost his sense of humour, had a great memory and had a one liner on hand for any situation.

Sincere gratitude to Lyndhurst Rehabilitation who helped Harvey get back on his feet again, to Princess Margaret Hospital – Myeloma Clinic who managed his multiple myeloma into remission and to Sunnybrook Odette Cancer Centre who worked their magic with his later bouts of cancer.  Also, to Bowmanville Lakeridge Hospital who ensured Harvey was comfortable in his last days.

Harvey will be fondly remembered for his quick-witted quiet side, his love of reading, sports, scotch and making wine.

In lieu of flowers, donations can be made to Myeloma Canada, Toronto Rehabilitation Institute Lyndhurst Centre or Lakeridge Bowmanville Hospital Foundation.

Visitation will be held on Tuesday July 5th from 12 to 2 pm at Trinity United Church followed by a celebration of life at 2 pm. Reception to follow.

To view the service virtually, please follow the link: