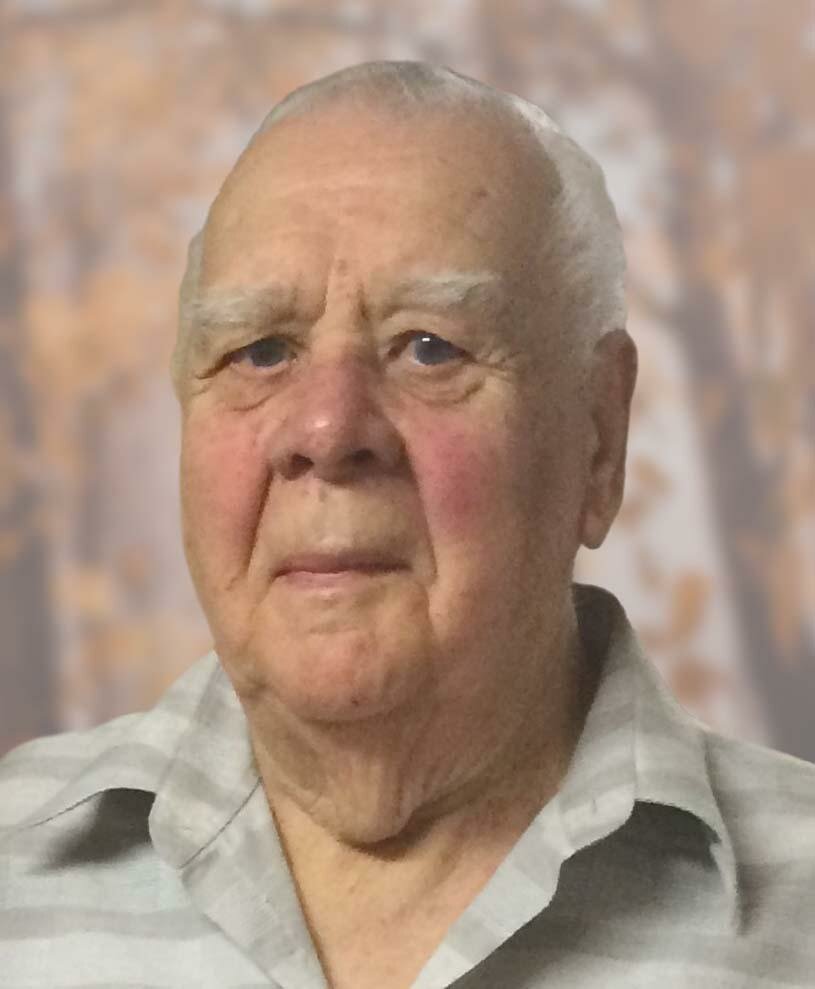 “Edward”, “Ted”, “Dad”, “Grandad”, “Papa” - He was a man known by many names and loved by many people.  Quiet, gentle and genuine by nature, he didn’t say a lot but when he did, you listened.  He was the cornerstone of the family.  Someone you went to when you got scared, when you needed comfort.  And he gave it, without hesitation.  He lived a full life, and those who were fortunate to know him, had lives that were that much more complete.

Edward Robert Butler was born on May 17th, 1923, to the late Arthur Robert Butler and Lydia Emilia Butler (née Cass) in Chatham, Kent, England. He immigrated to Toronto, Ontario, Canada in 1930 at the age of 7 with his mother and brother, James Arthur Butler, joining their father who had moved to Toronto in the years prior. After arriving in Toronto, their family grew to include two more sons, William Thomas Butler and Bruce David Butler.

In his late teens, Edward enlisted in the military and went on to join the Queens Own Rifles of Canada, B Company. On June 6, 1944, he bravely fought in the first wave of troops on Juno Beach in Normandy, France. After sustaining injuries during battle, he was cared for at what is now known as Canada House on Juno Beach before being transferred to England, then back home to Toronto.

On June 16, 1945, Edward married his dear “Bess”, Bessie Ellen Sophia Leeds, whom he had known since childhood. They went on to have two daughters, Diana Lynn in 1946 and Lenora Alice in 1954.  He proudly worked as a carpenter for the Robert Simpson Company for many decades and enjoyed coming home to his family at Frenchman’s Bay where fishing, skating and spending time with his Bess, Diana and Lenora were the highlights of his days.

On the morning of February 23, 2022, Edward passed away in his sleep at the Lakeridge Health Hospital in Bowmanville, Ontario, Canada. The family would like to thank the doctors and nurses for caring for him during his last weeks of life.

Edward is survived by his 2 daughters, Diana Stafford (late Leonard Stafford) and Lenora Barber (late Robert Barber), his 3 grandsons, Robert, Timothy, and Adam, his 9 great-grandchildren, and his 2 great great-grandchildren. He will also be remembered by his many nieces, nephews and friends.  He lightened the hearts of many over his 98 years, leaving each person with nothing but positive experiences to share and remember. May we all smile and be sparked with joy when remembering the songs he would sing and the stories he would tell to anyone so lucky to hear them, and take comfort in knowing he is reunited with his Bess.

His viewing will take place on Sunday, February 27, 2022, between 2:00pm and 4:00pm at the Northcutt Elliott funeral home in Bowmanville, Ontario, in order to attend please reserve a space by contacting the funeral home at (905) 623-5668 between the hours of 9 – 4 pm. Masks are mandatory.  Funeral service will be by invitation only and will be held on Monday, February 28, 2022, at 11 am.  Those wishing to view the service virtually please use the link provided below.  Interment at the Erskine Cemetery in Pickering, Ontario.

Edward had requested before his passing, that in leu of flowers, donations be made to the Queens Own Rifles of Canada Trust Fund:

11:00 am
Northcutt Elliott Funeral Home
53 Division St.
Bowmanville, Ontario, Canada
(905) 623-5668
By invitation only, to view the service virtually a link will be provided.