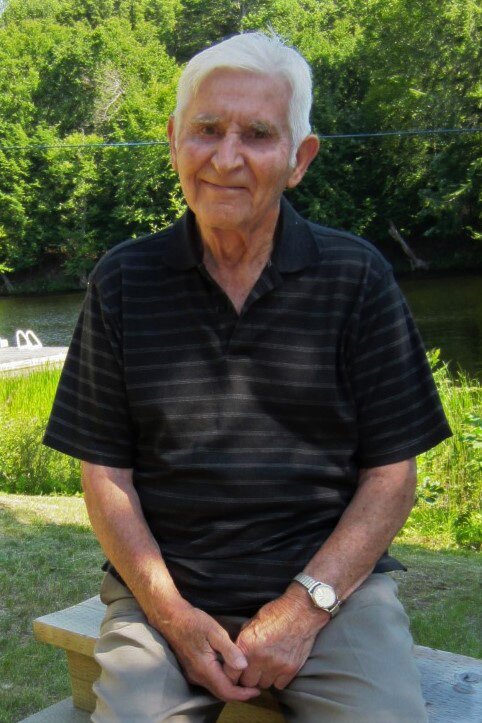 On January 26, 2022 Gerrit Vandenburg went home to his Lord.

Gerrit was born on Oct 20, 1926 in the Netherlands and his faith and convictions shaped his life from a young age. He found strength and refuge in The Lord in times of trouble as he worked with the Dutch resistance and was imprisoned in POW camps during WWII and later served with the Dutch army in Indonesia.

In 1951, Gerrit immigrated to Canada where he met Dirkje, married and raised a large family.  He pursued his dream to be his own boss and soon became a farmer, first of poultry, then dairy and finally as an apple grower.

Gerrit’s love for God extended to the Church where he was active in leadership.  His keen interest in God’s Word, current events and theology made him an avid reader and a wealth of knowledge.  Gerrit enjoyed long, in-depth conversations, challenging chess games and fishing. His creativity found outlets in wood carving, painting and writing his memoirs. Above all these interests, there was nothing he enjoyed more than his family.

The Lord watched over his life – his coming and going both now and forevermore. Ps 121

Visitation will be held at MARANATHA CHRISTIAN REFORMED CHURCH, on Saturday January 29th from 1 - 2 pm.  Funeral Service will follow at 2 pm.  Interment Bowmanville Cemetery.  Memorial Donations may be made to World Vision.

A livestream of the service will be available, please follow the link below: