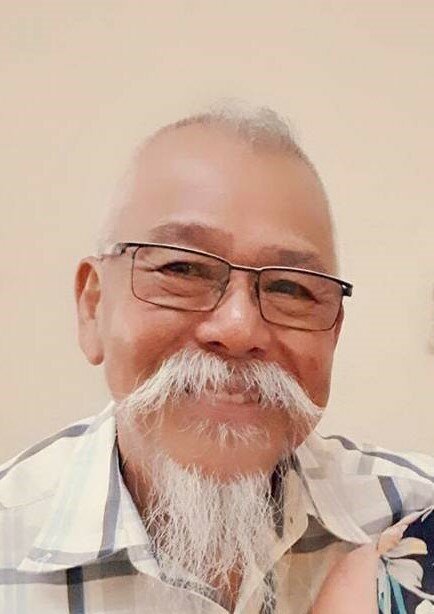 With hearts full of love we announce that Naphtali (Tally) Miranda Coloma was received into the arms of the Lord on December 6, 2021 at Lakeridge Health Oshawa.

Tally was an outgoing, warm and welcoming guy and loved by many. He made many friends in all that he did, both in church and business. You always knew when he would come into the room; there was always a joke on the way!

As a child, because of his father’s work in the Seventh day Adventist church in the Philippines, he had the opportunity to move around in the Philippines to cities such as Manila, Cebu, Davao and Legazpi. He moved to Canada in the mid 60’s and met his wife Gail, a nurse at North York Branson Hospital in Toronto. After marrying in 1967, they moved to Regina, SK where they had their children Bradley and Christine.   They returned to the Toronto area and built a life in the Oshawa/Whitby area.

Tally worked in various career paths including computers for a major bank, advertising specialty, and real estate, before setting up his business. Kleen Maintenance Specialists, which was setup with Christine; offered janitorial and window cleaning services.

Tally had a passion for music, which has been passed down to him from his parents and now to his children and grandchildren.  When they were younger, he and his brother, Relly, who is a well known recording artist in the Philippines, would perform together in church and other venues. They were popular in their circle because of the music they did.

He has used his wonderful voice on countless occasions to worship and praise the Lord for many church services, weddings and funerals. Many have been blessed and drawn closer to Christ by the words of the songs he chose and the power of his voice.

He was also very active in the Seventh day Adventist (SDA) church from a young age with music being the main part, but also active in other roles. He is one of the primary founders and pillars of North Oshawa/New Life SDA Church in Oshawa when it first started in the early 90’s with his good friend and then pastor Ladd Dunfield. At New Life he was a praise team singer, was a deacon and ran building security since its inception.  He would often take care of different issues at the church late at night while on his way to janitorial jobs that he did at night.

He loved his family very much and would drop anything to help anyone out, whether it was to accept his granddaughter in the morning for an impromptu babysitting,  pickup his grandson from school, drive his son to get a car fixed, run some glasses to a lab in Toronto for his daughter’s business, help his daughter in law out of a jam at her work, or take his wife around the neighbourhood to deliver Avon. He still managed to successfully run his business and be home in time with dinner or to cook it!  Then he would enjoy the Leaf, Raptor or Jays game once the day calmed down, as he was an avid fan. He even took time to watch old games!  He is a rare Toronto sports fan that has seen every major league Toronto team win a championship! How lucky!