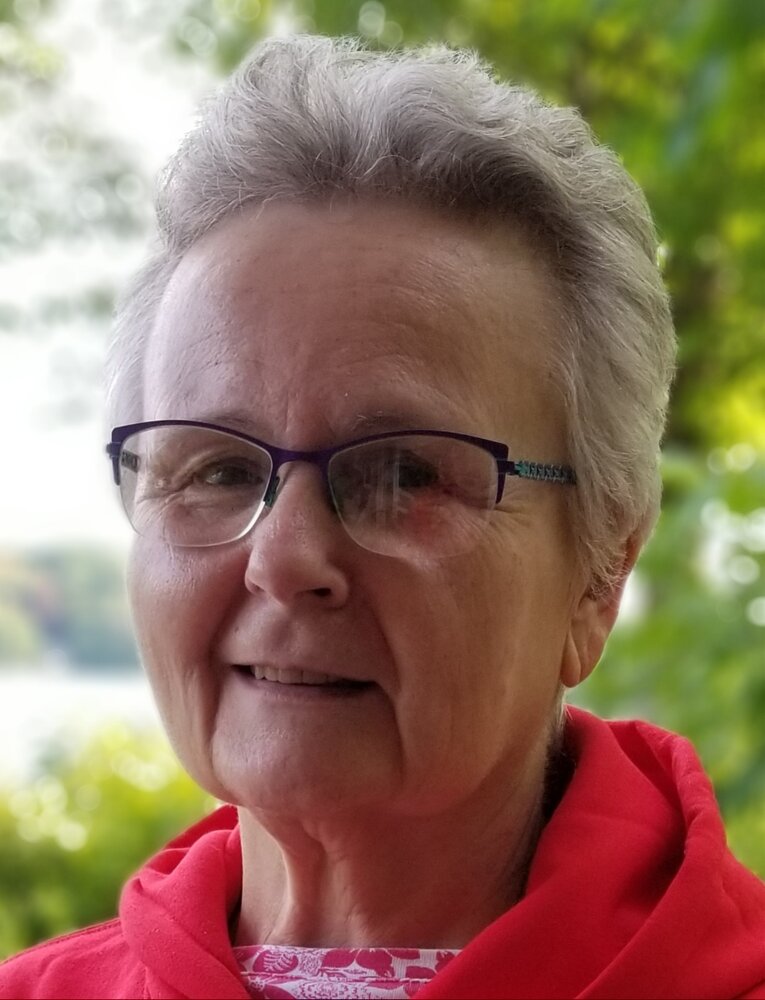 With a broken heart, Sarah announces the death of her mother, Peggy Louise Foster, in her 69th year, at Streamway Villa after a lengthy battle with early-onset dementia and mercifully short struggle with Covid-19.

Left to cherish her memory are her mother, Marion Foster, siblings Reid, Ann and Roy Allen, nephew Andy, daughter Sarah Dean (Joshua), grandsons Connor, Alex and Zachary Dean, and many beloved cousins.  Peggy was preceded in death by her father, Roy Anderson Foster.  She will be sadly missed by her faithful pup, Polly the singing dog.

Peggy was an avid gardener, poet, collector of houseplants, teapots and snazzy hats.  She heaped love on every fuzzy pet that ever crossed her path, and tolerated Sarah’s penchant for bringing home frogs, snakes and bugs.

Above all, she was a lifelong seeker of love, friendship and connection.  She spent untold hours on the bus to Clarke High School, criss-crossing the back roads.  On weekend drives in the middle of nowhere, she would often exclaim “This was part of my bus route!”  After studying journalism at Durham College, Peggy hopped in her baby-blue Mustang and struck out on her own, the intrepid cub reporter in Newcastle, Beaverton, and North Bay before returning home to raise Sarah close to family.  She lent her considerable talents to many publications, including the Canadian Statesman, the North Bay Nugget, The Port Hope Evening Guide and Cobourg Star, Northumberland News, The Red Deer Advocate, and the Orono Times.

Peggy touched many lives in her career as a reporter.  She was best known for her Port Hope Evening Guide column ‘Our Town’, in which she captured hundreds of community events, anniversaries and milestones.  Later, as a bedside volunteer, trainer, bereavement group facilitator and case coordinator for Northumberland Lakeshore Hospice, her exceptional empathy and care for the dying eased the burden of many Northumberland families.

While she might have said she enjoyed the title of ‘Mother’, there was no role she relished more than that of ‘Grandma Peggy’.  Her pride and love for her grandsons was a light that never went out even as dementia stole so much from her.

Heartfelt thanks to the staff of Streamway Villa, Dr. Kwok and Dr. Lazaro at PRHC for their compassionate and dignified care over the past three years.

Arrangements entrusted to NORTHCUTT ELLIOTT FUNERAL HOME, 53 Division St. N. Bowmanville.  Cremation has taken place.  In accordance with Mom’s wishes and to protect the health of her beloved friends and family, there will be no visitation.  In lieu of flowers, donation to Community Care Northumberland – Hospice (905) 885-0466 would be gratefully accepted.

Everyone has a story, lend someone your ear today in honour of Peggy.