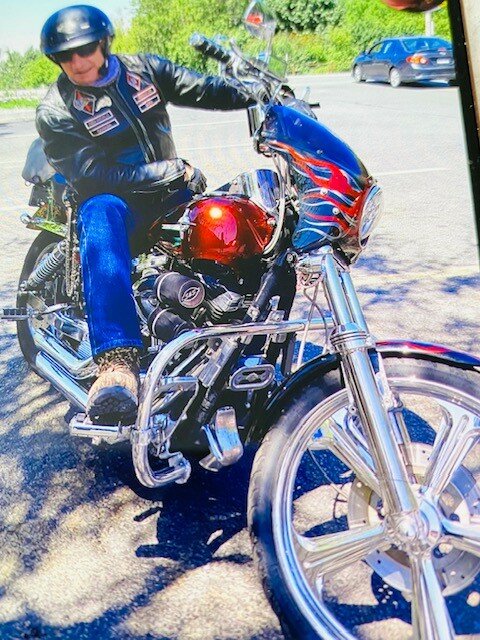 With the support and love of his family, Keith passed away peacefully at Lakeridge Health Port Perry

Beloved son of the late Robert Robinson and Beatrice Robinson.  Much loved brother of Jean (the late Tom) Cusack, June (Gary) LaFlamme, Herb (Karen) Robinson and Thelma (Barry) Hazelden.  Adoring uncle of Josh, Mark, Michael, Travis, Mike, Krysten and the late Troy and great-uncle of Shantana, Annette, Skylar and Brooke.  He will be forever missed by his best friend and his family Joe (Angela) Henhawke, Isabella and Olivia, as well as Darlene and Debbie.

Keith drove stock cars in the 60’s & 70’s in Peterborough and various other tracks.  He enjoyed working on and tuning up his race cars.  Although his true passion was a lifetime love of motorcycles.  From a young man until his final days, motorcycles were on his mind!

Keith was a longtime (10+ year) member of Redline Motorcycle Club of both Toronto and Kawartha Region, although he recently moved to be side by side with his brother and best friend Joe at the Brooklin Red Devils Motorcycle Club.  He was most proud of earning his lifelong achievement of being considered a 1%er in an international motorcycle club.  Keith was so honoured to ride with all the friends he made over the years supporting the red and white. His presence will be greatly missed by many.