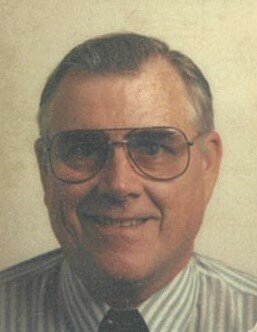 Passed away peacefully at Lakeridge Health Bowmanville on Friday February 18th, 2022 in his 84th year.

Born in Felling on Tyne, England Jack arrived in Canada in 1953.  He met Isabelle on a blind date and they married in 1960 and raised their family.

Jack worked at Massey Ferguson and then went to IBM from where he retired in 1993.  Jack was also a proud OPP Auxilliary at the Whitby Detachment.

Upon retiring he enjoyed travelling, woodworking, clockmaking and chocolate!  Many of his handmade treasures are enjoyed and loved by his family and friends and will be for years to come.

There was a private family viewing and cremation followed.  A celebration of life will be held at a later date.  No flowers please, if desired expressions of sympathy may be made with donations to the Leukemia and Lymphoma Society of Canada.

The family thanks the staff at Lakeridge Health Bowmanville for their kind care in Jack’s last few days and a big thanks to Dr. H. Williams for Jack’s compassionate care.  Arrangements were entrusted to NORTHCUTT ELLIOTT FUNERAL HOME, 53 Division St. N. Bowmanville.