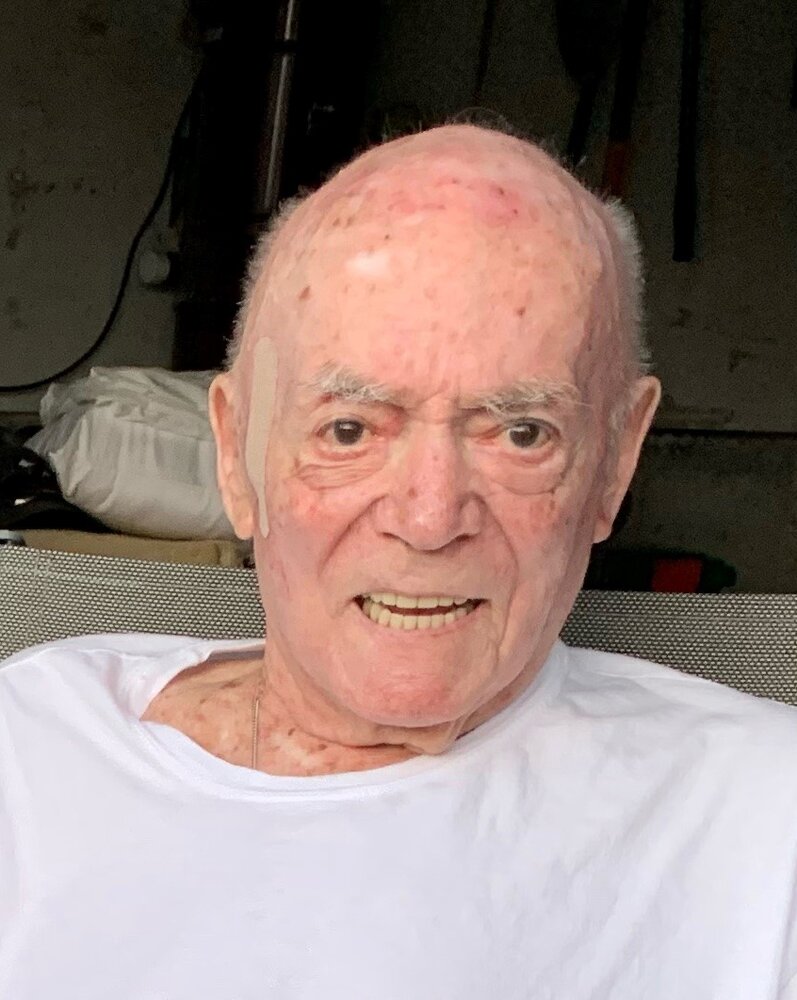 Arthur Sidney Elgar was born on October 2nd, 1924 and passed away peacefully at home, surrounded by loved ones, on January 20th, 2022 at the age of 97 years.

He married in 1948 and was the devoted husband and soul mate to Joan for 73 wonderful years.

Arthur immigrated from Southampton, England to Canada on the Queen Mary in 1954 with his wife Joan.  They settled in Toronto to start a family and a new life.  He was the loving father of 4 children: Sylvia, Barbara (Ted), Vincent (Louise), Joy (Dave), and father-in-law to Mike (Sharon); proud grandfather of Michelle (Mike), Shannon (Kam), Devon (Bryan), Greg (Ashlyn), Brittany, Paige, Jessica, Brandon (Jen) and Ryan; and great-grandfather to Jackson, Nixon, Baker and Maclean.

He was a WWII Veteran, having served with the Royal Scots and landed in Normandy, France on D-Day.  In 2016 he was presented with the rank of Knight of the French National Order of the Legion of Honour (this is the highest national order of France, awarded by the French President).  This distinction is an expression of profound gratitude for personal involvement in the liberation of France during WWII.

There is a saying that the greatest gift a man can give to his children is to love their Mother, and that he did.  He referred to his beloved wife as “his sweetheart”, and there was nowhere he would have rather been then holding her hand.  Arthur loved babies, children and animals and “keeping an eye on the neighbourhood”.  He has a great sense of humour, and his laugh alone would bring joy to those who heard it.  He will be missed every day, and fondly remembered by all who knew him.  He had a wonderful life and took great pride in his family.  Joan will love and miss him forever, until they can be together again with God.  We would like to thank the PSW’s (Sheena, Olondo, Isaac & Amanda) for the care, comfort and devotion they showed not only to Arthur, but to the entire family.  Our words can never express our true gratitude.

Visitation will be held at NORTHCUTT ELLIOTT FUNERAL HOME, 53 Division St. N. Bowmanville on Wednesday January 26th from 11:30 – 1:30, with the Rosary being said at 11:30 am.  A Mass of Christian Burial will be held at ST. JOSEPH’S ROMAN CATHOLIC CHURCH, 127 Liberty Street South at 2 pm.  If you would like to attend the mass please call the funeral home to reserve a space.  The Mass will also be livestreamed, a link is available below.  Interment Bowmanville Cemetery.  Memorial Donations may be made to Wounded Warriors Canada or a charity of your choice.

2:00 pm
St. Joseph's Roman Catholic Church
127 Liberty Street South
Bowmanville, Ontario, Canada
If you wish to attend the funeral, please reserve a space by calling the funeral home (905) 623-5668. The service will be livestreamed, a link will be available.