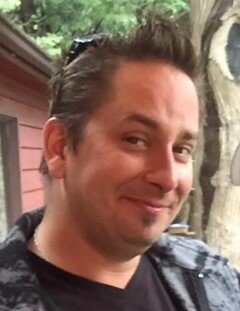 It is with great sadness that Joshua Bradley Walsh, age 46, passed away unexpectedly on October 22, 2021 at his home in Stoney Creek, Ontario.

Joshua was born September 17th, 1975 in Scarborough Ontario and is survived by his mother Lise Calvé, his father Bradley Walsh and his sister Tina Walsh.

Joshua was an extremely talented musician and music producer. His passion for music began as early as 2 years old banging on pots and pans before eventually buying his first yellow pearl drum set. Over the years he developed the unique skill of learning instruments on his own including guitar, keyboard and further excelled in audio mixing, reproduction, and recording. Driven by a pioneering vision and sound, his band “iFORANi” was invented under a genre of music that is typically known as Heavy Industrial. He released several albums under his own music label Crazy Lady Records. Many hours were spent in his studio developing and recording for other musicians.

His love of nature, camping and the Rocky Mountains took him to Alberta in 2006 where he worked in the oil and gas industry. He later relocated to Stoney Creek in 2016 to be closer to his family and didn’t take him long to find success as a Logistics Specialist where he developed many friendships with his peers and clients. Another great talent was all things gadget and cooking related for which he loved to share and entertain.

Anyone who knew Josh understood just how deeply he could love thru his compassion and desire to see you smile. His robust laughter, genuine and outgoing personality will be greatly missed and never forgotten.

A private viewing was held with immediate family at Northcutt Elliott Funeral Home, followed by cremation. A celebration of Josh’s life is planned for the Spring of 2022 in Ottawa with family and friends. In lieu of flowers, the family requests that people donate to the Heart and Stroke Foundation or Diabetes Canada.

Share Your Memory of
Joshua
Upload Your Memory View All Memories
Be the first to upload a memory!
Share A Memory