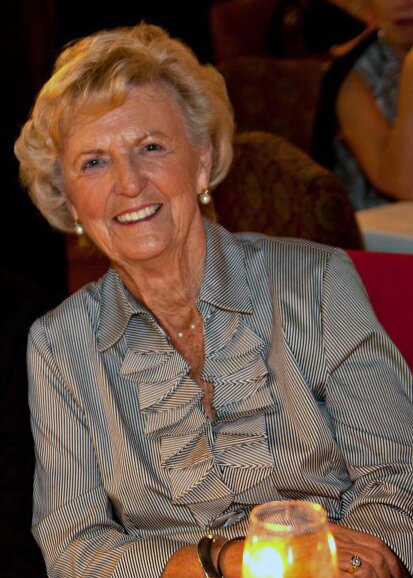 It is with heavy hearts that we announce the quiet passing of Jean Stevens (nee Turner) on the evening of September 21, 2021, at Oshawa Hospital.

Jean was born on February 26, 1931, in Orono, where she lived with her family and became a grade school teacher. She and Bob met when Bob saw her walking down the sidewalk at a Bowmanville Rotary Club Fair at Memorial Park. They were married on October 6, 1951, at Trinity Church in Bowmanville. Eventually, Bob and Jean moved onto the Stevens’ family farm of Glen Rae Dairy and started their family. Over the years they moved a few more times, first to Stevens Road in Bowmanville, then to the Port of Newcastle, but finally ‘returned to the farm’ to live at the retirement residence now built on what used to be the Stevens’ family farm.

Jean will be remembered for her quiet, elegant demeanour, her love of fresh flowers and of course her deep love for her family.

If you wish to make a donation in memory of Jean Stevens, please make donations out to the Alzheimer’s Society of Durham Region.

In keeping with Jean's wishes a private family service will be held.