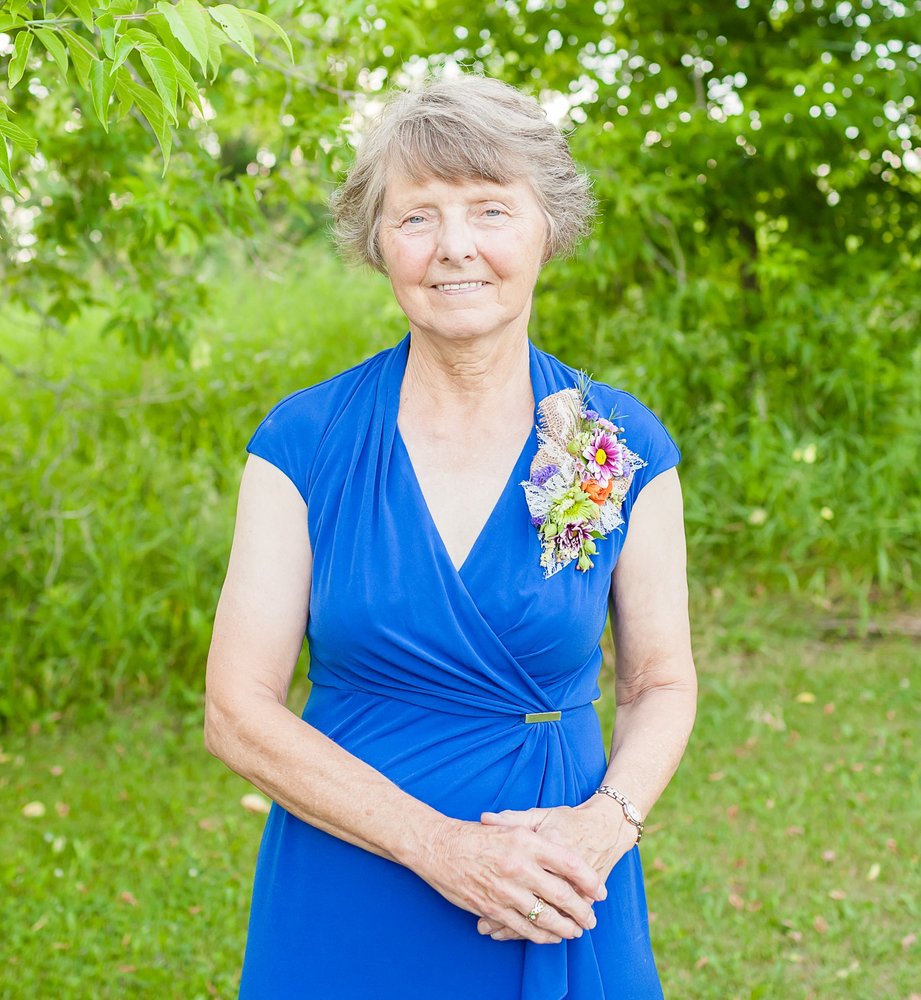 Gladys Frances (Dawe) Bussey, in her 79th year, of Trent Hills, Ontario, passed away on July 2nd, 2021, at Northumberland Hills Hospital, after suffering over 15 years with Alzheimer’s disease.

“Glady” (as she was affectionately known) was born in the family home in Conception Bay South, Newfoundland to William Gordon Dawe and Eliza Ann (Smith) Dawe on August 18th, 1942.  The family later moved to Kelligrews where she attended St. Edward’s School.  Following this, she attended Queen Elizabeth High School in Foxtrap. It was at the Foxtrap, All Saints Anglican Church where Gladys unknowingly caught the eye of her husband, Henry Winston Bussey.  They married on May 16th, 1964, at St. Mary the Virgin Anglican Church in St. John’s.  She spent the bulk of her working life as a loving homemaker and mother to her four children.  Later, she worked as Head Cook for 12 years at Camp Frenda, on Lake Rosseau, Muskoka, Ontario.  She mentored numerous young summer students who worked alongside her; many who have kept in touch throughout the years since.

Memorial gifts are greatly appreciated in support of the Gladys Bussey Memorial Fund at Camp Frenda which can be found at the following link: https://www.campfrenda.com/ (in upper right corner, click on “Get Involved” and then click on “Donate”).

A Memorial service will be held (and livestreamed at https://collegeparkchurch.ca/Sermons) at 2 pm EST, on Saturday, the 10th day of July, at College Park Seventh-day Adventist Church; Pastor’s Peter Caran, Milton Perkins, and Roy West, officiating; Eulogy to be delivered by Paul Batten, nephew.  Arrangements are made with Northcutt Elliott Funeral Home of Bowmanville, Ontario.

Those wishing to attend the service, please follow the link below to register for a space: