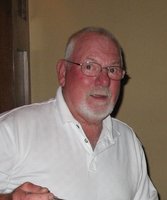 WALTER GEORGE LOMERTIN Passed away peacefully on June 16th, 2020 at Lakeridge Health Oshawa with his wife Edna and stepson Paul at his side. Born in Essen Germany to August & Hermine Lomertin on November 21, 1938. He completed plumbing and steam fitting apprenticeship in 1957 and immigrated to Canada June 8, 1957. He worked at Cliffside Pipelayers, an underground utilities company for 30 years and advanced to Superintendent. In 1960 he took a year off from Cliffside, lived and worked in Sydney, Australia, where he enjoyed swimming and body surfing at Bondi Beach. Upon leaving Australia he travelled on an ocean liner to Europe to bring his mother from Germany to Canada. This took him on a route stopping in Singapore, India, thru the Suez Canal and stops in Messina, Paris and Germany. Walter loved sailing, was a member of the FBYC and participated in weekend work parties and often barbequed for large functions. He won a number of awards, he sailed on Lake Ontario and in winter would trailer the Shark 24 to Fort Myers Beach, Florida. Walter and Edna lived in Nova Scotia for 21 years, where they renovated a 1912 Sea Captains house and operated it as a B&B for 13 years. Also thoroughly renovated a house on Church Lake and in the meantime, Walter started his business, going back to his apprentice trade and expertise in house renovation. Together they returned to Ontario in July 2011. Walter loved a variety of music, especially classical & jazz. He will be remembered by family and friends as a great story teller. Walter was a proud Canadian citizen. Survived by his wife and soulmate, Edna of 33 years. Cherished step father of Paul Saban and Janice (Tim) Rodger. Loved by step grandchildren Darleen, Jesse, Ashley, Devon, Violet and great granddaughter Laura. Survived also by his daughters Nicole Carrie (Bruce) and Denise (the late David Oliver), granddaughters Danielle (Stephane) and Adrienne (Rob) and great granddaughter Chloe. Survived by his sister Anneliese Thompson (the late Ron) and nephew Peter. Also sister in laws Delilah (Iain) and Bernice (Joe) and brothers in law the late Roland (Linda) and the late Victor. Predeceased by his father August, mother Hermine and brother Herbert who was tragically lost in the war, as well as his father in law Roland and mother in law Violet. He will be lovingly remembered by his nieces, nephews, extended family and many friends. Special thanks to Delilah Butt & Iain Tinto for being so supportive, loving and caring over the last months. Thank you to Paul for being there in the most difficult time and the weeks since. To all the grandchildren for their moral support. A Celebration of Walter’s life will be held at NORTHCUTT ELLIOTT FUNERAL HOME, 53 Division Street Bowmanville on Saturday July 25th from 1 – 3:30 pm. Due to current limitations implemented at funeral homes, we can only permit 20 people inside at a time. If you are interested in attending, please contact the funeral home at (905) 623-5668 and we will schedule at time for you to visit. In lieu of flowers, Memorial Donations may be made to The Alzheimer’s Society.